Robert Englund recently made a guest appearance in the fourth series of the supernatural horror series Stranger Things. Considering he is most renowned for playing boogeyman Freddy Krueger, it was a surprise to see him play the victim of a supernatural entity instead of being it.

The supernatural is a prominent sub-genre in the world of horror movies, with new additions making their way onto the big screen every year. From ghosts and demons to supernatural curses, this sub-genre is able to cover a wide range of unique themes and has the ability to experiment much more than the typical slasher movie.

The entire Final Destination franchise focuses on the supernatural entity referred to as 'Death' but the second movie is a stand-out in the series. From the explosive and nail-biting opening disaster, the movie leaves viewers on the edge of their seats.

RELATED: Every Final Destination Movie, Ranked (According To IMDb)

Unlike in the first movie, most of the survivors in the sequel are strangers but this doesn't detract from the characters as they slowly come together in their plight. Clear Rivers is brought back into the fold as Death stalks the survivors of the pile-up disaster, killing them one by one in a brutal fashion. The entity has some of its most memorable and gruesome kills here, with Nora and Kat's deaths being particularly harrowing.

The Ring has become a horror classic and that is mostly because of the terrifying entity, Samara. The grainy imagery on the videotape and the now iconic warning of 'seven days' are almost as chilling as Samara herself.

While she is given a somewhat tragic backstory, this doesn't detract from the threat she poses. There are also several clues and hints that Samara was just as twisted in life and has only become more wrathful in death. The later sequels unfortunately don't live up to the original, with Samara certainly being at her most terrifying here and the scene where she crawls out from the TV being unquestionably nightmare-inducing.

Drag Me To Hell

Drag Me To Hell is one of the highest-grossing Sam Raimi movies and brilliantly mixes dark comedy and horror. After Christine refuses to approve a loan for an elderly woman, she finds herself bestowed with a supernatural curse. A demonic entity known as the Lamia begins stalking her and terrorizing her in her home.

The entity uses hallucinations in order to torment Christine and despite several attempts to get rid of the curse, she unfortunately fails. The movie ends with her falling onto a train track and then being dragged down to Hell by demonic hands, leaving the Lamia triumphant.

The Oswalt family moves to the site of a gruesome family murder in Sinister and while this notion is terrifying in itself, things take a supernatural turn as the movie progresses. Ellison begins seeing 'visions' of the missing children after watching the videotapes of their families' murders.

The lawnmower moment is one of the most terrifying horror movie jump scares and Baghuul is a chilling villain. The demon possesses children, making them kill their entire family (while videotaping) before he takes them with him. The final scenes of Ashley filming herself murdering her family before being carried off by Baghuul end the movie on a shocking note.

The Woman In Black

The Woman in Black sees lawyer Arthur arrive at Eel Marsh House and begin to experience peculiar events. It eventually transpires that the ghostly Woman in Black is luring the children of Crythin Gifford to their deaths.

The Woman in Black is a more traditional horror movie entity but the act of her luring the children to their deaths is particularly sinister. Similar to Drag Me To Hell and Sinister, the movie also ends with the main protagonist being killed by a supernatural entity. The movie ends with The Woman in Black luring Arthur's son onto a train track and the father and son apparently being killed by an oncoming train.

Krampus is one of the best Christmas horror movies, which is, unfortunately, a rarity within the genre. The movie focuses on the supernatural Krampus who punishes naughty children during the Christmas period. While the movie's use of comedy means it's not one of the scariest, it creates a fun and vibrant atmosphere and the villain is still a powerful threat.

The Krampus is an imposing horned creature and his band of murderous toys is a great addition to the story. The movie is a perfect blend of mythology and traditional Christmas traditions mixed in with key elements of the horror genre.

The Paranormal Activity franchise is a found-footage series that focuses on a demonic entity, later nicknamed 'Toby.' While the first movie reveals very little about the demon, the second installment of the franchise delves a little deeper into its origins.

RELATED: The 8 Best Characters In The Paranormal Activity Franchise

The entity steps things up in this second outing with the moment it causes destruction in the kitchen acting as an effective jump-scare. The climax of the movie cleverly ties into the first as the entity is passed on to Katie which is what kick-starts the events viewers saw previously. Although the franchise begins to run thin as it goes on, the demonic force is arguably at its most threatening here.

A Nightmare On Elm Street

One of the most famous horror classics, A Nightmare On Elm Street focuses on a supernatural entity. Freddy Krueger is a vengeful spirit with dream-based abilities who targets the teenagers of Elm Street. Krueger has become one of the most iconic horror villains of all time due to his unique abilities and Robert Englund's electric performance in the role.

Freddy's kills are memorable for how elaborate and brutal they are and Nancy is a worthy opponent for him. The villain's burned features and his razor-blade glove ensures he is a threatening presence throughout the movie and have made him an important figure within pop culture.

Insidious is often considered one of the best horror movies of the 2010s and focuses on the Dalton family as they are targeted by supernatural forces. Young Dalton suddenly falls into a coma and a number of demonic entities vie to take over his body.

The lipstick-face demon is the stand-out due to its terrifying inhuman appearance and the famous jump-scare when it suddenly appears in an otherwise normal scene. Josh ends up traveling to 'the Further' to find his son's consciousness and encounters a number of spirits while there. By the end of the movie, he is possessed by a demon of his own, The Bride in Black, which is continued in the sequel.

It Follows focuses on a supernatural sexually-transmitted curse and this concept alone is enough to set the movie apart from others in the genre. The curse leaves the recipient being stalked by a shape-shifting and murderous entity.

The movie doesn't become lost in its high concept and still delivers on some chilling scares. The entity feels all-powerful and almost impossible to stop which really raises the stakes of the movies. The ending also hints that Jay hasn't fully escaped the entity and leaves things open for a possible sequel.

NEXT: 10 Best Fantasy Horror Movies, According To IMDb 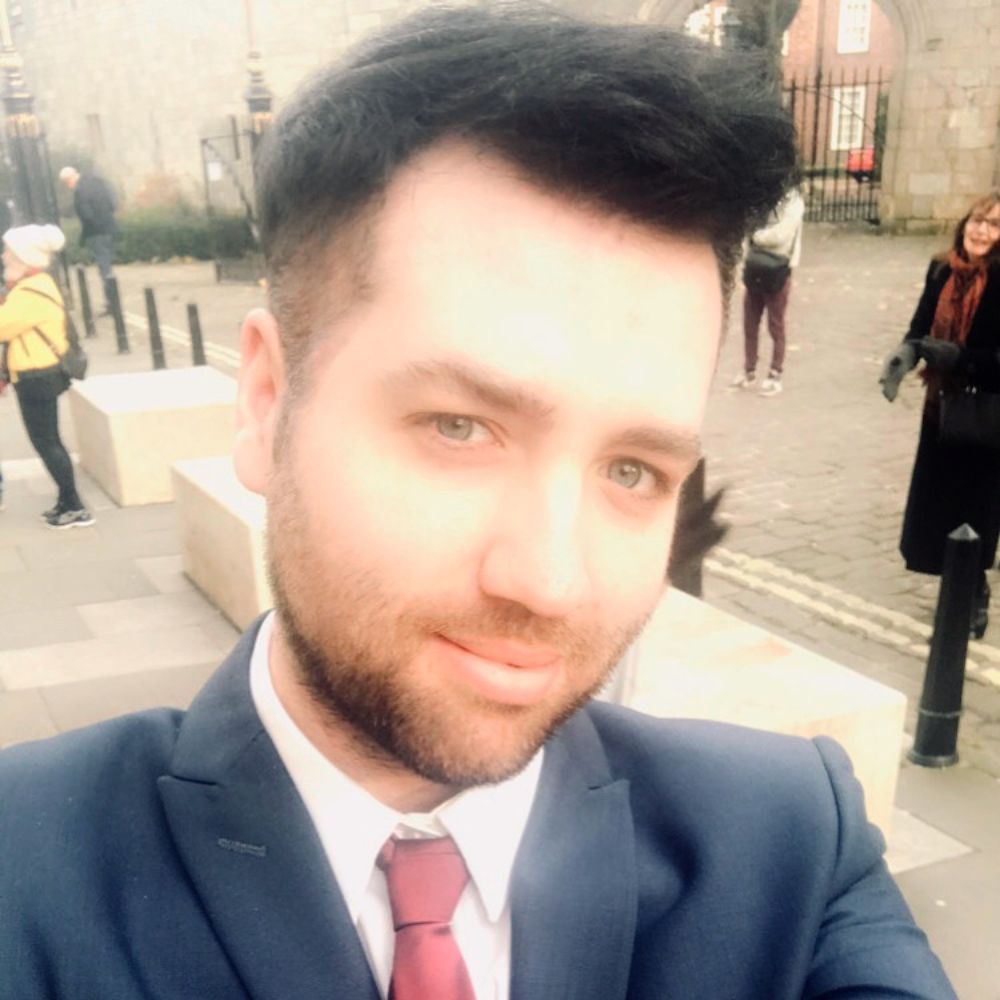 Jak Burton has been writing for Screen Rant since 2021 and has a plethora of opinions when it comes to all things TV/Movies. Jak is a huge Harry Potter fan and has been following the series for most of his life. He also loves to keep up with all the latest horror movies releases- the scarier the better!If Jak could transport himself into any fictional universe it would be The Wizarding World. He's visited the Harry Potter Studio Tour and Wizarding World theme park several times- always spending far too much on merchandise. In fact, he loves the Harry Potter series so much that he's met several cast members from the movies, including Rupert Grint aka Ron Weasley. Jak lives in the United Kingdom and is an English Literature and Creative Writing graduate. When he's not discussing Movies/TV, he works as an English tutor; he also enjoys reading and is an aspiring novelist.