10 Non-Musical Movies That Have Been Made Into Stage Musicals

While there has been a long history of movies and plays that are based on books and stories moving across media, the upcoming Matilda The Musical movie presents an intriguing new concept: a movie inspired by a stage musical, which was in turn inspired by a movie (which was itself inspired by Roald Dahl's original novel).

While few musicals have that many connections between different versions, there are several stage musicals that take the best of a film and bring it to life on stage. These musicals dive into the minds of popular characters, helping them express their deepest emotions and relive their greatest moments through spellbinding songs. This trend has been especially common since the turn of the last century, and fans will be excited to hear that some of their favorite movies may be musicals sooner than they think.

The musical adaptation of Groundhog Day premiered in London in 2016 before moving to Broadway in 2017. In addition to overwhelmingly positive reviews, the musical was nominated for eight Olivier Awards and won two. Unfortunately, though the musical was also nominated for seven Tony Awards, it was set against hits like Dear Evan Hansen, Natasha, Pierre, and the Great Comet of 1812, and Come From Away, keeping it from winning any.

Despite not earning many awards, the show was strong, bringing together much of Matilda's creative team to make an adaptation that respected the original while also updating it for the modern-day. The musical brilliantly captures the fun of the 1993 classic, while also giving it new depth by focusing on other characters metaphorically living life on repeat.

The musical follows Will Bloom as he tries to understand his father better before his father's death and his son's birth. Though there are a few differences between the film and stage show, primarily involving compounding story elements for the sake of clarity, it captures the shaky restoration of a father and son's relationship perfectly.

Fans of Lin Manuel Miranda's work may be surprised to learn that, besides his original work, he also successfully co-wrote the musical adaptation of Bring It On. The musical premiered in Atlanta before beginning a national tour that led to Broadway. Though it didn't win any major awards, the musical is renowned for its impressive acrobatic staging and is notable for being the first Broadway musical to feature a transgender high school character.

An important thing to keep in mind about this musical is that, though it bears the name of the 2000 film, its plot is vastly different. Cheerleading captain Campbell Davis builds the best team she can before being abruptly transferred to another school with no team. When she learns that her transfer was a purposeful move by a member of her old team, she convinces her new school's dance team to help her face off against the saboteur.

The musical version of Amélie first premiered in 2015 before moving to Broadway two years later, where the title role was taken on by Hamilton's Phillipa Soo. A greatly-edited version of the musical then opened on the West End in 2019, to high praise.

The musical follows the same plot as the movie, with Amélie committing herself to anonymous acts of kindness. The West End version of the musical was particularly intriguing, as the actors were responsible for their own accompaniment, and thus were fully in charge of their narratives.

There are many plays, musicals, and movies about Peter Pan, and the movie-inspired musical Finding Neverland is a particularly magical version. A 1998 play called The Man Who Was Peter Pan by Allan Knee prompted the 2004 film Finding Neverland, which was turned into a musical in 2012. The production premiered in Leicester before eventually moving to Broadway in 2015.

The musical follows the general plot of the musical, exploring J. M. Barrie's relationship with single mother Sylvia and her four sons: George, Jack, Michael, and Peter. Perhaps even more so than the movie, the musical does a brilliant job showing the transition from the boys' games to the magic of Peter Pan and is even stronger in its more emotional moments, focusing on the characters' connections to each other.

Ghost was one of Patrick Swayze's best movies, which meant it was bound to be an uphill battle to adapt. The musical premiered in Manchester in 2011, moving to the West End that same year and going to Broadway the next.

The musical makes no attempt to update its source material, nor does it exploit the strengths and limitations of the theatrical setting, which means that while fans of the original will love its consistency, they may also wonder why they've paid to see it live when they could just as easily stream the movie from their own homes.

While few fans would guess Rocky would be a good musical, they might be surprised. Admittedly, the musical was most successful internationally, premiering in Hamburg, Germany, but it did move to Broadway in 2014 before continuing to spread across Europe.

The musical adaptation is primarily composed of original songs, though a few of the film's classics, like "Eye of the Tiger," have also been included. The show stays very close to its cinematic origins, but the contrast between Rocky's power ballads and Adrian's ballads elevates their relationship to new heights, proving that the story adapts surprisingly well.

Tootsie originally premiered in Chicago in 2018 before making it to Broadway the next year. While the show, and especially star Santino Fontana, were incredibly successful, the show was plagued by controversy as the suggestion that a man would dress as a woman for professional gain is increasingly common in anti-trans rhetoric. This was not helped by the announcement of Mrs. Doubtfire: the Musical, which premiered in Seattle in the same year Tootsie came to Broadway.

As for how the show translates the original film, the general plot stays the same, though the film's version of Michael Dorsey finds success on a soap opera, while the musical's version, fittingly, finds stardom on Broadway. This change allowed the theatrical conventions to work with the plot, instead of against it, while keeping the comedy strong.

With so many cult classic movies making it big as musicals, it was only a matter of time before Young Frankenstein joined their number. Mel Brooks calls Young Frankenstein "by far the best movie I ever made," and so the idea that he was taking it to Broadway made major waves. The musical had tryouts in Seattle before coming to Broadway in 2007. Sadly, the musical didn't take off as much as Brooks hoped, though an edited version at London's West End in 2017 received extremely positive reviews.

The plot is pretty much the same as the movie, with Frederick attempting to distance himself from the Frankenstein legacy. Though there are a few minor changes, the biggest difference is the conclusion of the story, which is much more substantial in the musical. Though it may not have received glowing reviews on Broadway, fans of the original consistently enjoy the stage production due to considerable audience participation, a la The Rocky Horror Picture Show.

Back to the Future

Now that audiences are officially past the future shown in Back to the Future 2, it shouldn't be surprising that the franchise would break new ground as a musical. The show premiered at the Manchester Opera House before moving to London's West End in 2021. The show received positive reviews and won the 2022 Olivier Award for Best New Musical, accolades that bode well for its move to Broadway in 2023.

The show uses a combination of new songs and the most iconic songs from the film's score to tell a story that primarily follows the plot of the movie, as Marty travels from 1985 to 1955 and has to set his parents up or risk disappearing forever. The musical does make a few key changes, including a less politically-controversial reason for Doc Brown's death, but primarily follows the movie's plot, making it a strong tribute to the sci-fi classic.

NEXT: 10 Musicals That Are Actually Kinda Creepy

ShareTweetEmail 90 Day Fiancé: How Jenny's Style Has Changed Since Marrying Sumit Related Topics About The Author 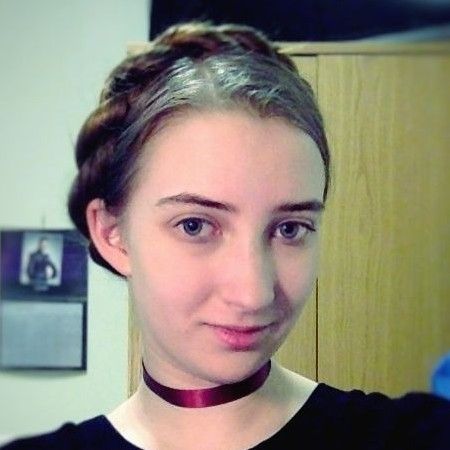 Meagan Bojarski is a Senior List Writer at Screen Rant who sees popular culture as critical to understanding history and society. She has an undergraduate degree in History from the University of Alabama in Huntsville, where some of her most influential classes analyzed children’s literature, historical film, and the fantasy/sci fi genres. In addition, she has a master’s degree in Communication and Rhetorical Studies from Syracuse University, where she produced a book chapter on Antichrist TV shows and a thesis focusing on apocalyptic memes.Meagan can’t resist a good story, whether that takes the form of a book, a movie, a TV series, or a particularly interesting roleplaying game. Thanks to ten years in theatre, she has a special interest in musicals and musical episodes, which led to her podcast Needs More Jazzhands. She particularly likes media that draws on other works, from book adaptations to meta-genre movies. But beyond those, she’ll cover anything with an interesting enough story or cast of characters, and is eager to devour the best new media as it comes out.