10 Smartest Anime Antagonists Of All Time, According To Ranker

The return of Overlord this month also spells the return of one of anime's most renowned villains in the form of its protagonist Ainz. Although he's not as smart as he managed to convince the guardians he is, Ainz is the kind of enigmatic villain that tends to get anime fans wondering how exactly his mind works.

Of course, there are countless characters like this throughout anime, in everything from Bleach to Death Note, whose intelligence along with their lack of morals makes for a fascinating character study. Thousands of anime fans got together on Ranker to determine who deserves to be known as the smartest.

Note: Ranker lists are fan-voted, live, and continue to accrue votes, so some rankings may have changed after this publishing.

10 The Laughing Man (Ghost In The Shell: Stand Alone Complex)

Instantly recognizable thanks to the smiley face logo plastered on his face that he used to conceal his identity even while appearing on live broadcasts, the Laughing Man is not just an incredible hacker but also a formidable mind in general. Even able to make the Japanese authorities fear him, the Laughing Man is not a person anyone would want as an enemy.

RELATED: 10 Anime Side Characters More Popular Then Their Protagonists, According To MyAnimeList

His obsession with exposing the truth behind dark conspiracies involving micromachine manufacturers and the Japanese government seems to give him unusually pure and understandable motivations for an antagonist, and likely contributes to his popularity. Along with his iconic facade, it's his intelligence and the power he wields that really make him compelling in Stand Alone Complex.

Seemingly the orchestrator of most of the struggles and heartbreak forced on the main characters in Inuyasha, it's easy to see why Naraku is so feared. His body alone makes him an incredibly powerful threat, as the formerly human Onigumo is used to bring together many Yokai into a single entity.

This means an almost unlimited array of powers so it's saying something that Naraku's mind is what truly makes him scary. He possesses a fierce intelligence and is a master of manipulation, even using his transformation ability to make it seem like Inuyasha betrayed Kikyo. Although Inuyasha has its moments of redemption, Naraku is evil personified and earns his terrifying reputation.

In a world where many compete to show off their incredible power in huge visually spectacular fights in anime, Kabuto Yakushi's plan of laying low and making himself as unassuming as possible immediately makes him distinctive in Naruto. With his charming manner and gentle, bespectacled appearance, it's easy to see why most people wouldn't doubt his good intentions for a second.

Even as he manipulates those around him to ensure their trust, he feeds that information to Orochimaru and aids the antagonists. Kabuto possesses powerful abilities but he also knows that avoiding combat is sometimes the best option and that alone made him stand out as an intelligent villain to the anime fans on Ranker.

Fullmetal Alchemist: Brotherhood is often considered among the best anime series of all time and there's no way it could have achieved that without one of the most powerful antagonists in anime history. The true mastermind behind the dark conspiracies that the main characters slowly uncover, Father manages to alter the world without leaving his chamber.

RELATED: Which Fullmetal Alchemist: Brotherhood Character Are You, Based On Your Zodiac Sign?

An ancient homunculus responsible for the creation of the others, he now commands them to do his bidding, laying down the impossibly complex framework to his ambitious plan to achieve ultimate power. Father is also at the center of a brilliant ending that makes many others pale in comparison so it's no surprise that he's a popular choice for villainous masterminds.

From the very moment he's introduced, two things stick about Durarara!!'s Izaya Orihara. The first is that he tends to refer to "humans" in the third person, and the second is that he seems to consider humans far below him. Constantly at the center wherever things are going wrong, Izaya loves nothing more than tormenting people apparently for no other reason than he likes to see their reactions.

Izaya is the kind of character that would forgo chess in favor of using humans as the real-life pieces in his game of manipulation, and he does it all with trademark smugness. The same calculated charisma that allows him to use others as he pleases also makes him one of the most popular characters in the show, contributing to his high position.

In a society where the law is enforced by determining a person's likelihood to commit a crime before they even act, any ordinary person would be powerless to do much against the might of such a repressive system. The antagonist of Psycho-Pass is far from an ordinary person though.

A keen reader with a love for the darker sides of humanity and a true believer in the idea that ends justify any means, Makishima is the greatest threat to the Japanese authorities' Psycho-Pass system. Managing to pass himself off as criminally asymptomatic, manipulation is his greatest weapon and one that helps make him the highlight of some of Psycho-Pass's best episodes.

The newborn king of the Chimera Ants, what Meruem lacks in experience he makes up for in sheer power along with more than a bit of a ruthless streak in Hunter X Hunter's Chimera Ant arc. While that alone makes him a scary villain, he combines it with a fiercely strategic mind that is constantly absorbing information to think of the winning move.

His skill at board games is the best demonstration of his incredible mind, as he only needs 10 games to be able to match world champions who've spent their entire life practicing. Meruem was also a villain with an interesting arc, so it's easy to see why the tactical genius Chimera Ant stuck with so many fans.

Monster is a fascinating series made all the more interesting by the enigmatic "monster" of its title, Johan Liebert. From a young age, Liebert showed immense potential for evil, orchestrating a conflict in the experimental orphanage where he was raised that resulted in the deaths of everyone present.

As an adult, Liebert has only become more efficient and more sadistic, ensuring that there is never enough evidence to connect him to his abhorrent crimes while slowly increasing his power. Although Monster is now close to two decades old, its antagonist made such an impact on fans that he's still strongly associated with highly intelligent evil today.

Even in the world of Bleach, where Soul Reapers need to be smart and have tactical knowhow to survive, Aizen's intelligence stands out. Aizen possesses a wealth of knowledge which means he's almost always one step ahead of those who seek to take him down, though, of course, he tends to manipulate events so that no one even gets the chance.

For over a century, Aizen was able to get away with his dark experiments without anyone suspecting a thing and it's no accident. Even his combat techniques are all about hypnosis and controlling others' senses to his own liking. Though Bleach is a popular series, the fact that Aizen is rated so highly for his intelligence is all about the terrifying power of the character himself.

His intelligence is self-evident throughout the series, as he enters a battle of wits with the greatest detective of all time. Any time that Light seems to have been foiled, he is able to think of some way to make it work to his advantage, using those loyal to him for his own selfish ends. Perhaps the most iconic mind in all of anime, Light is still considered to be the smartest villain it's ever seen.

NEXT: The Top Horror Anime Of All Time, According To Ranker

ShareTweetEmail Next Stranger Things Season 4: 10 Characters And Their Biggest Flaws Related Topics About The Author 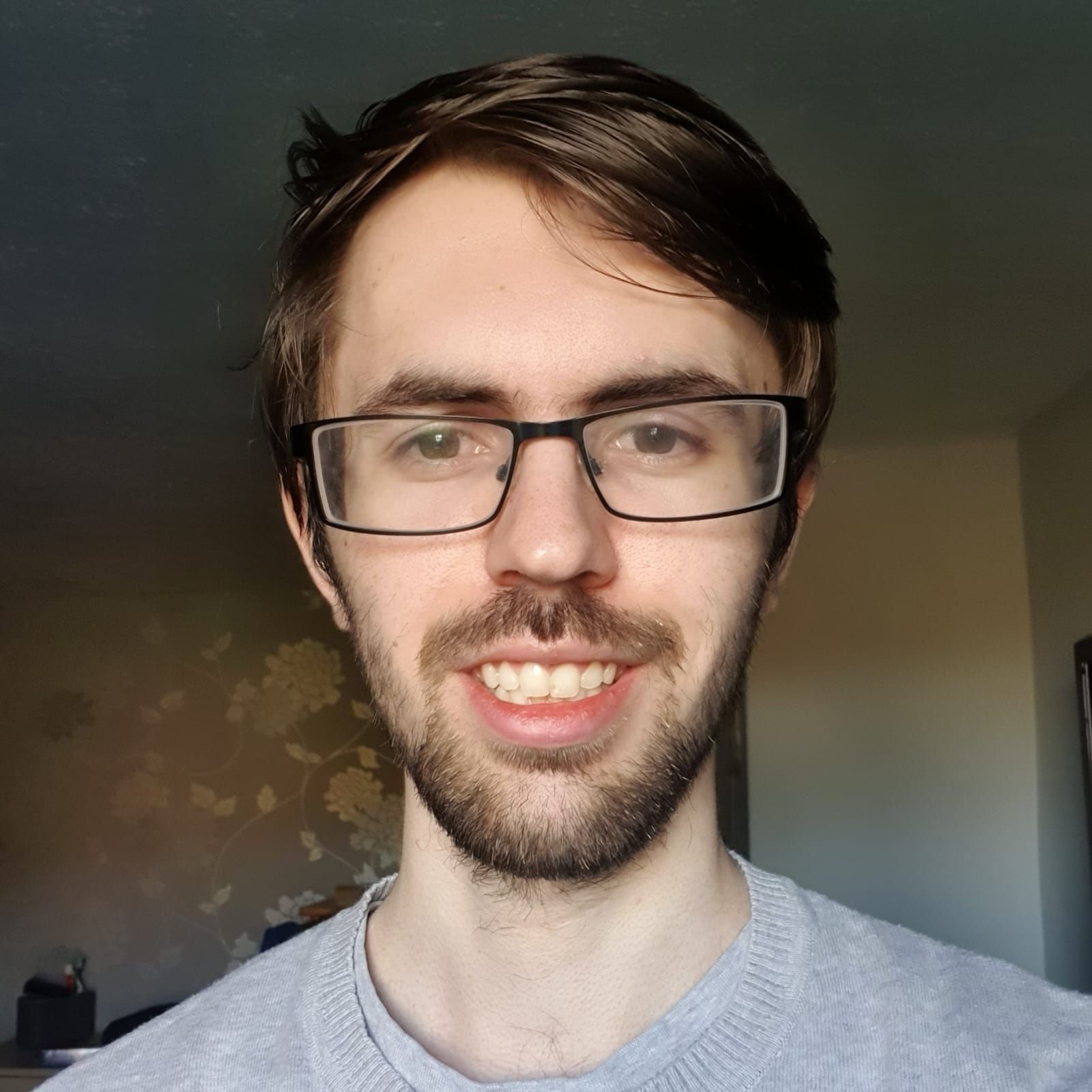 A freelance list writer for Screen Rant, Jordan Woods has already written well over 100 pieces for the site since he began in 2021. Though he has been writing for most of his life, having been a content writer in the past and had his work featured in magazines, it was only recently that he combined this with his keen interest in all things film, TV, and video game-related. He enjoys the research side of writing for Screen Rant, as that often means watching the TV and movies he wanted to anyway. Though he has been writing ever since he first found inspiration in the fantastical worlds of the Star Wars movies and The Legend of Zelda games, he was able to hone those skills during his time studying English and Creative Writing at Coventry University. These days, he mixes writing about movies with writing his own, often spending his free time drafting screenplays based on movie ideas he has.