10 Things To Know About The New Digimon Vital Hero Bracelet

In 2020 Bandai released the Digimon Vital Bracelet, a device similar to a Fitbit but with the ability to train alongside a digital monster, and it's finally set to arrive in North America this year! It will also come with improved functionality, making it better than ever, so new users can love it even more.

The American version of the Digimon Vital Bracelet is called the Vital Hero and is already available at retailers, with a Walmart exclusive, a red version themed around Agumon. Whichever version band fans decide to go with, this is a great piece of tech to stay on top of fitness goals while simultaneously training up a powerful Digimon partner.

The Vital Hero like other fitness bands connects with its user through a heart rate sensor, and once it's connected, the wearer's heart rate and step count are displayed on screen, vitals that are converted into stats that power up the Digimon that's been connected to the band. In addition to steps and heart rate, there are daily challenges to meet that include punching, crunches, sprints, and more.

For fans looking to combine their passion for Digimon with their health goals, this is a great device to invest in that is designed to make healthier lifestyles more fun and engaging. The Vital Hero takes fitness devices a step further as every integration with the bracelet affects the Digimon inside it, allowing it to become stronger and faster in real time along with the wearer, or slower, depending on the rate of activity.

There are many ways to train with the Vital Hero bracelet, as each of the over 30 DIM cards (Digimon Identified Memory Cards) which connect the Digimon to the bracelet have evolution trees depending on how the wearer trains. With so many different outcomes, there is replayability with each DIM card, challenging the user to discover all the different evolutions over time, many of which are the coolest and cutest Digimon mascots in the entire series.

The DIM cards are another fun aspect of the Vital Hero, which may appeal to collectors looking for the latest Digimon merch. There are hundreds of ways to train and play, and with the North American release, DIM cards are now able to be interchanged between devices, great for fans who want to trade with friends and family members.

Those who are reminiscent of the late 90's Digital Monster Virtual Pets may be surprised at the differences between that device and the Vital Hero, as there are different levels of functionality and interactivity. While wearers won't have the ability or responsibility of feeding and cleaning up after the Digimon on their Vital Hero, they're still able to watch them hatch from an egg and evolve over time.

RELATED: 10 Anime With The Most Spin-off Movies

The Vital Bracelet provides the experience of an encouraging training buddy more so than a pet to dote over, an important distinction for prospective buyers to be aware of. The Digimon do have personalities, each with different emotes and moods depending on how active the wearer has been, but these relate directly to fitness levels, the main focus of the bracelet.

The Vital Hero has an accompanying application that adds even more interactivity to the device through its NFC capability. Users can simply hold their Vital Hero next to their phone to share their vitals and progress with the app, even allowing the user to switch between their owned Digimon whenever they please.

Whether for tracking fitness progress or seeking out raid battles, the app is a great feature to enhance user experience with the bracelet, not to mention the catchy Vital Hero theme song users get to enjoy with each login. Bandai's decision to develop this app is well appreciated by fans looking to get the most out of their experience with the Vital Hero.

There are a few ways to battle with the Digimon on the Vital Hero bracelet, a culmination of all the hard work it takes to train them up through exercise. Users are able to battle their friends through a special VS DIM card, however, there are easier ways for solo users through the bracelet's NFC capabilities or by heading online.

Each adventure mission users go on with their Digimon ends in a battle, creating a win-to-loss ratio for each Digimon that impacts their growth and holding the bracelet close to NFC-enabled devices in everyday life like vending machines, card readers, game consoles and more will activate a battle as well. Users looking for a challenge can log onto the app and take part in raid battles and arena battles too, an exciting display that encourages users to train harder.

The Vital Hero fares pretty well quality-wise, with a good battery that lasts multiple days, depending on use and brightness level. It also features a surprisingly loud speaker that alerts the user and everyone nearby a battle is beginning, an optional feature as sound can be turned on or off.

Though not without its shortcomings, the Vital Hero is of decent quality with many improvements coming in the next iteration which is currently being developed in Japan. For its price of $65 USD, this fitness band is an affordable and good investment for Digimon fans who stay on the move or are looking to incorporate more exercise in their lives.

An interesting aspect of the memory card design of the Vital Hero is the ability to plug and play any Digimon at any time. Collaborations between the Vital Hero and popular anime My Hero Academia, Demon Slayer, and Tokyo Revengers mean that bringing some of the best anime protagonists 0f 2021 to the device will be as easy as purchasing their DIM cards as soon as they release.

It's exciting that the developers of the Vital Bracelet decided to collaborate with these popular anime franchises, expanding their interest as well as introducing new characters that fans of Digimon are often familiar with and vice versa. Kamen Rider and Ultraman DIM cards are already available and though they are in Japanese, they will work for the Vital Hero bracelet for fans nationwide.

Some of the design shortcomings of the Vital Hero are already being addressed with the recent announcement of what is the newest iteration of the device. That's right, there's already a new Vital Bracelet in the works, the Vital Bracelet BE, likely to be a Japanese exclusive before North America gets a release.

RELATED: 10 Best Animated Shows Like Pokémon & Where To Watch Them

This new model is improved physically in nearly every way with a sleeker design and cool color options like the transparent and translucent grey options already pictured. Users won't have to worry about water as much either, as the BE will be resistant to it. Until its American release, Digimon fans have the Vital Hero to enjoy.

With the release of the Vital Hero came Pulsemon, a new Digimon designed by Fumiya Kobayashi. It was designed to resemble a kid who loves sports, with an emphasis on connection with humans implemented through the heart and wave-like shapes on its body which symbolize vital signs.

This new monster rivals some of the original Digimon that fans love, an energetic new addition to the franchise. Pulsemon brings revitalization to the franchise as this great new tech also introduces his many evolutions which resemble different levels of activity, like Namakemon, the sloth-like garbage dwelling creature, or Pistmon, the hardcore cyclist.

As fans await the release of Digimon Survive, the Vital Hero is a great device to keep them engaged with the world of digital monsters. There is a large community of Vital Hero wearers who chat online about their experiences with the bracelet.

Reddit's r/Digimon, Humulos, and the excellent Digimon Forum With The Will are the perfect places to find fellow Vital Hero fans and connect. As the Vital Hero is all about connection and betterment of fans' health, it just makes sense such great communities have arisen. 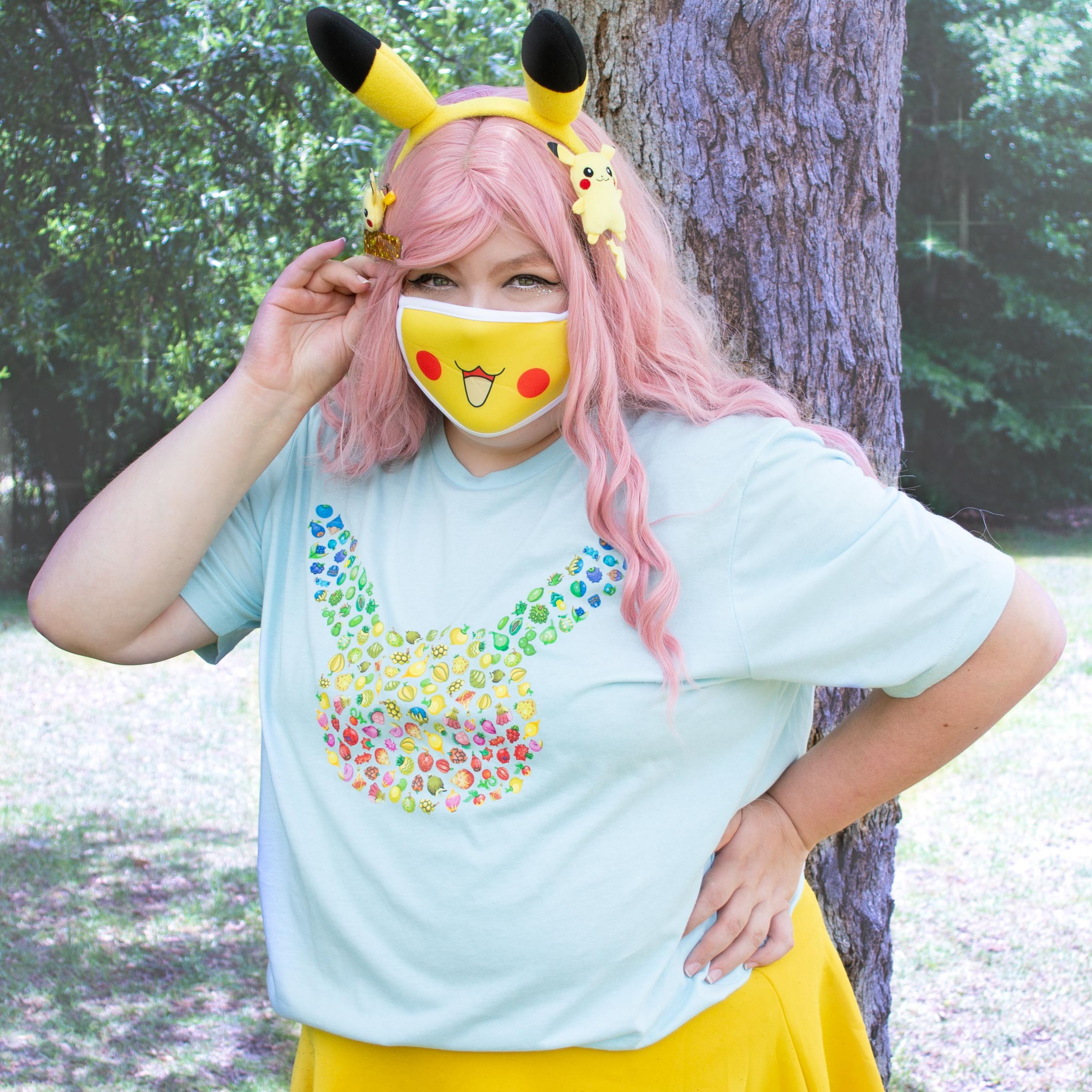 Erin Kahn is a writer, multimedia artist, and admittedly, an otaku. She spends most of her time behind multiple screens, honing her interests in gaming and art with the ultimate goal of marrying the two within her own work. Erin is both a graduate and student of Southern New Hampshire University, with an associate's degree in Digital Imaging and currently in diligent pursuit of her bachelor's degree in English and Creative Writing. Hoping to further immerse herself in inspiration through travel, Erin is looking forward to her future locales, wherever her work may take her.