Fans of the Avatar: The Last Airbender and The Legend of Korra franchise have a lot to look forward to with the confirmation of three new animated movies being in development (per Variety). The three films are an addition to the upcoming Netflix live-action adaptation of Avatar: The Last Airbender, which has already caught the interest of thousands of hopeful and excited fans.

Avatar is known for its well-written, interesting, and likable characters throughout the franchise. Many of these characters seen throughout both the main storylines and side stories of the Avatar franchise originate from the Fire Nation. The Fire Nation has undoubtedly brought some of the most threatening villains and influential comrades to the protagonists of Avatar, but that hasn't stopped them from being popular among the fandom.

Kiyi is a character that has only appeared in the Avatar comics (thus far) as the daughter of Ursa and younger half-sibling to Zuko and Azula. Kiyi is shown to have the typical mannerisms of any child in the Avatar universe, enjoying playing with her toy doll of the same name.

RELATED: 10 Memes That Perfectly Sum Up Avatar The Last Airbender

Fans were delighted to witness Kiyi's adorable interactions with her mother and brother Zuko, falling in love with her sweet personality. Kiyi, however, later showed herself to follow in the footsteps of her elder siblings when she was captured and used her newly-discovered firebending skills to help herself and the other prisoners escape. Kiyi is a lovable young firebender with a lot of potential in her future.

Izumi is a character introduced as Zuko's daughter and is the current Fire Lord during the time period in which The Legend of Korra takes place. Izumi is well-known for her efforts to maintain peaceful relationships with the other nations, moving away from the brutal traditions of the Fire Nation's past.

Izumi is a calm and patient character and takes her role as a leader very seriously. Izumi was shown to have no tolerance for humor regarding the discussion of military action and was extremely opposed to unprovoked attacks of aggression on the other nations due to the dark history of the Fire Nation. Izumi is a greatly independent and wise character who has worked extremely hard to turn the Fire Nation towards new beginnings. Although she played a minor role in TLOK, many fans have recognized her for her efforts.

Ozai is widely known throughout the Avatar franchise as the main villain throughout ATLA. As father to Zuko and Azula, Fire Lord Ozai was the ruler of the Fire Nation and was known as a master of firebending.

Shown to be manipulative, power-hungry, ill-tempered, and abusive, Ozai is arguably known as the most hated character in the Avatar franchise. However, this is also what makes him such a great character. With a cruel demeanor, intense power, and manipulative schemes and tactics, Ozai was the perfect antagonist to Aang's storyline, and fans could not have been happier to see Aang overcome him in battle to save the four nations.

Mai is known throughout the Avatar franchise as a non-bender who was formally a side villain member of Azula's trio alongside Ty Lee. Though she contained no bending capabilities, Mai was a deadly opponent due to her aim and precision with throwing knives.

Throughout the ATLA storyline, Mai was regarded as a pessimistic and apathetic character compared to the upbeat Ty Lee and sadistic Azula. However, alongside this came qualities such as self-restraint and consistent calmness, lacking fear from any opponent - even Azula. This allowed Mai to initiate a stand against Azula and betray her, turning to Zuko's side in favor of the Avatar in an act that gave many fans a new appreciation of Mai.

Ty Lee is well-known throughout the Avatar franchise as an ex-side villain, and member of Azula's trio, alongside Mai. Ty Lee was a bright and optimistic character, always full of positive energy and an outgoing attitude, causing fans to fall in love with her character.

Despite her sunny persona and her lack of bending ability, Ty Lee was a dangerous hand-to-hand combat fighter, known to use a form of martial arts known as chi-blocking. This allowed her to temporarily paralyze her victims and prevent their bending capabilities for a brief time. After her betrayal of villainous Azula, Ty Lee joined the Kyoshi Warriors in a fitting end to her journey, considering she never was all that much of a true villain.

Iroh is the uncle of Prinze Zuko and Princess Azula and an ex-General of the Fire Nation Military. Iroh had a very calm and peace-oriented outlook on life, and was a very spiritual and wise individual, earning him a title as one of ATLA's most popular characters in the franchise.

Iroh is a beloved character to fans, not only for his dedication to Prince Zuko and his way of living but also for the journey that his character had taken. The fact that Iroh had once been a man of war, but learned to embody peace and harmony instead gave hope to fans throughout the story that he could inspire Prince Zuko to do the same.

Roku was an important character throughout the story of ATLA, as the Avatar succeeding Avatar Kyoshi and preceding Avatar Aang. Roke was a wise and powerful avatar who tirelessly worked to try and maintain peace between the four nations.

Roku served as guidance to Aang through memory throughout his quest to end the Hundred Year War and influenced many decisions and diplomatic actions that Aang took throughout the franchise. Prior to his death, Avatar Roku was an exceptional master of all four elements plus the avatar state, and was a highly-skilled combatant, making fans regard him as one of the best Fire Nation characters and best Avatars of the franchise.

Azula, known as the daughter of Fire Lord Ozai and sister to Zuko, is one of the primary antagonists throughout the Avatar franchise. Azula was a highly-skilled firebending prodigy who was also equipped with a dangerous intellect.

Though Azula had all the skills and abilities to do impressive things in her life, she fell victim to her father's harsh training methods and corruption, acting in sadistic and cruel mannerisms to receive his praise and work towards the throne as his personal successor. Azula was an incredibly complex character in Avatar, which brought many deeper conflicts and emotions to the final stretch of the show. Despite being an antagonist, it is almost impossible not to care for Azula, or feel for her in the struggles she faces. It is for these reasons that Azula is also considered one of the best villains of the ATLA franchise.

Rangi is a Firebender known from the Avatar side stories who was trained as a Fire Nation soldier before serving and teaching firebending to two former Avatars, Kuruk and Kyoshi. Though Rangi had a fierce and headstrong personality, she was extremely loyal and protective of those important to her such as her mother and Avatar Kyoshi.

Rangi was an exceptional fighter who took combat seriously, remaining calm and centered throughout a fight to calculate her next movements and analyze her opponents. Rangi is one of the most successful Fire Nation soldiers, who passed on her knowledge and fighting techniques to two individual Avatars. Rangi is a very interesting character with a fiery personality and strong morals that fans can only hope to see appear furthermore in other side stories or spin-offs.

As the son of Ozai and brother of Azula, Zuko is also one of the most popular fan-favorite characters in the Avatar franchise. Beginning his journey as an antagonist with a long list of conflicts and skewed ideals, Zuko was a character that has since performed one of the best redemption arks in the history of animated television.

After much guidance from his uncle Iroh, Zuko began to see the error in his ways. It was from this moment on that Zuko really grew as a character, both in terms of his personality and morals, as well as his physical strength and combat abilities. Zuko assisted Aang in the victory against Ozai and thus ended the Hundred Year War before taking his place as Fire Lord and rebuilding the Fire Nation on ideals of peace and harmony. Zuko undoubtedly created the biggest positive change seen in the Fire Nation, and there is no doubt that he is one of the best characters in the franchise.

NEXT: 10 Best Episodes Of Avatar The Last Airbender, According To Reddit 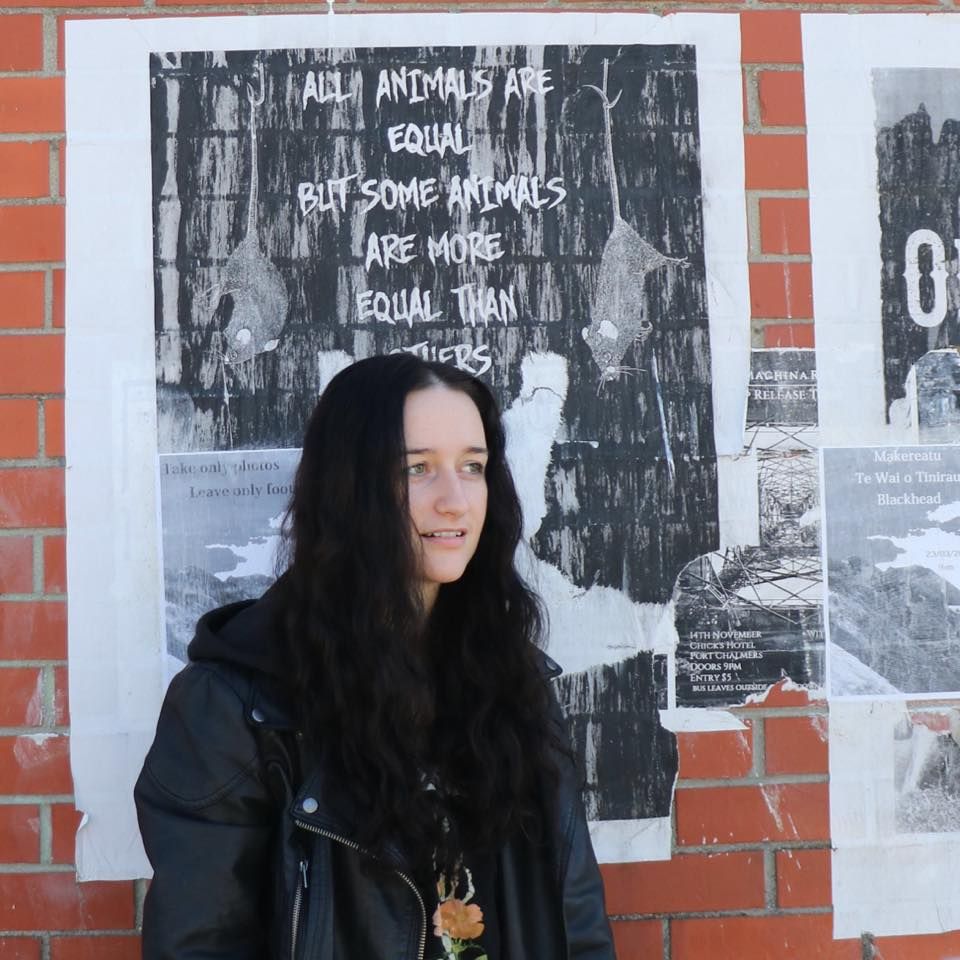 Grace is a freelance writer, digital artist, and designer from New Zealand with a love for fiction and storytelling. Grace grew up obsessed with cartoons, animated television, and video games - which inspired her love for character design, digital art, and world-building. Specializing in what she's familiar with, Grace's articles often cover topics of animated series and cartoons, video games, and the TV and movie horror franchise. When she's not working on articles, Grace often spends her time building her own fictional worlds, writing and illustrating her own stories and characters, catching up on the latest seasons of her favorite shows, and gaming with her friends.