Friends: 10 Memes That Perfectly Sum Up Rachel As A Character

The world-famous actress, Jennifer Aniston recently joined Sebastian Stan for a chat in Variety's Actors on Actors episode to discuss, among other things, her famed coming-of-age series, Friends. She shed some valuable insights on the beloved sitcom, revealing that hugely successful film actors who cameoed in the series were terrified of facing a live audience.

Aniston's lovely remarks about the staple '90s show brought her character - the fashionista, mischievous friend, and single mother - Rachel Green into focus. She is recognized for breaking free from familial and cultural expectations and her arc is filled with valuable life lessons. As such, many fans pay Rachel tribute through memes that demonstrate how significant and entertaining the character really is.

A post shared by Laura Lee Better Your Well-Being. (@lphypnotherapy)

Rachel's 30th birthday was featured in season 7's "The One Where They All Turn Thirty," and it also gave a peek into her friends' 30th birthday celebrations through hilarious flashback sequences.

Rachel herself took turning thirty a little too hard and refused to come out of her room on the birthday morning. As noted by this meme, she took her sweet time realizing she'd finally blossomed into the woman she was meant to be. Everything finally started to come together towards the end of the day, when she realized her birthday was a rite of passage that marked the closing of one chapter and the beginning of another beautiful one.

Besides the life lessons that Rachel's character provided on Friends, fans wish the show makers had focussed a tad more on how she maintained healthy skin and her hair. She certainly kept her skin, hair, and nails, looking perfect, and chose stylish clothes and shoes every day. The show gave fans a peek into Monica and Phoebe's experiments with leg waxing in "The One with the Morning After," but Rachel wasn't part of the plot.

Rachel's best outfits on Friends always left fans feeling more inspired. It's safe to say, if she woke up with a pimple, she'd pull the same face as can be seen in this meme. However, this time around, she'd just looking how Monica's blender scattered the fruit all over their ceiling.

Many factors contributed to Rachel's terrible life choices and bad decision-making, early on in the show. Before moving to NYC, she'd never lived on her own, worked towards her goals, or even had them in the first place. She was expected to marry a rich man, just as her mother, Sandra did. But Rachel knew she wanted more than the title of a trophy wife, so, she chose her freedom and never looked back. Her decision to not marry Barry is one of the chief reasons why she is considered to have the best character arc on Friends.

When Rachel moved to NYC, she inevitably made tiny everyday mistakes, such as not knowing to sort clothes during her first time ever doing laundry. Thankfully, her partner-in-crime Ross guided her through the process and taught her how to stand up to laundry-room bullies. This meme points out the fact that the duo is moments away from losing control. Ross bangs his head against a machine door, and Rachel is unable to rush to him because funnily enough, she's caught in the laundry basket.

7 Tackling One Thing At A Time

In "The One With The Morning After," Rachel finds out Ross cheated on her with the woman from the copy store. It leads to an ugly confrontation that lasts until the morning.

When all is said and done, Ross sits beside a pensive Rachel and asks her to share what she's thinking about. Rachel gives him an earnest reply, saying she wants to order a pizza. This meme perfectly demonstrates Rachel getting through the hard parts of life. She is in pain and has recognized her inner emotions and thoughts. It's season 3 by then and the grown-up Rachel is going to deal with one problem at a time, starting with, taking care of her growling stomach.

Rachel's growth didn't happen overnight but it took time. She tactfully portrayed countless real-life Rachels who inspire others with invaluable lessons arising from their mistakes.

One of Rachel's best quotes from Friends, as demonstrated in this meme, depicts her obsessing over her mistakes, and putting Monica in charge of her love life. At the end of this adventure, she fires Monica and begins to take responsibility. Rachel realizes facing up to her mistakes is a great way to regain trust in her decision-making process.

5 Her Priceless Look Of Confusion

In season 5's double episode, "The One in Vegas," Ross and Rachel marry each other in Las Vegas after getting drunk. Though the marriage ends in divorce in season 6, it leads to some unforgettable moments.

As this meme demonstrates, Rachel makes this funny face the morning of her "wedding night." She looks into the mirror and notices Ross' beard and mustache drawing and slowly behind to recall events. She's minutes away from learning she and Ross got married, but this is the moment where her fear and confusion start settling in. Rachel's look of confusion is one for the books, and this meme depicts exactly that.

Part of what makes Rachel Green a memorable character is her ability to pull the most endearing faces, such as the one demonstrated in this meme. She blows a raspberry out of anger at Ross, when she knows she can't say mean things to his face.

RELATED: 5 Times Friends' Rachel Was A Good Friend (& 5 She Was Awful)

Rachel expresses derision at Ross, for his backhanded comments in "The One With All the Wedding Dresses." He treats her with slight  condescension after his engagement to Emily and she takes great offense at his backhanded remark - "Hang in there." This moment, as perfectly encapsulated in this meme, depicts that while Rachel was growing, she never let her inner child die.

If Chandler could sleep with his eyes open, Rachel could very well space out during boring conversations, as this meme shows. Dating and being friends with Ross, meant that she'd sit through his "boring" museum stories.

Rachel had some hacks for making Ross' tales tolerable. She'd often steer the conversation in another direction, or tell him to stop. But in case he rambled on and on with his dinosaur tales, she'd lose interest and space out.

2 The Art Of Excusing Herself

This meme sits on top of too hilarious-for-words Rachel memes from Friends for a myriad of reasons. To begin with, it encapsulates Rachel's personality really well, in that, it tells fans that she always got herself out of situations that she wasn't comfortable in. Take say, she ran away from her wedding and chose to make it on her own in New York, amid massive familial pressure.

One of the most impressive things about Rachel was that she never forced herself to do things or be places where she didn't want to be. As such, this meme perfectly demonstrates how she tactfully excused herself out of uneasy settings, and uncomfortable situations.

This meme encapsulates Rachel's early pregnancy mood and shows her wearing one of the comfiest outfits in the show. Though she experienced discomfort during the last trimester, she managed to handle things well because she was surrounded by the greatest group of friends.

In this case, Rachel was just goofing off with her pal, Joey, and she made the most of her pregnancy by learning to balance random drink cans on her belly.

NEXT: Rachel’s Slow Transformation In Friends Over The Years (In Pictures) 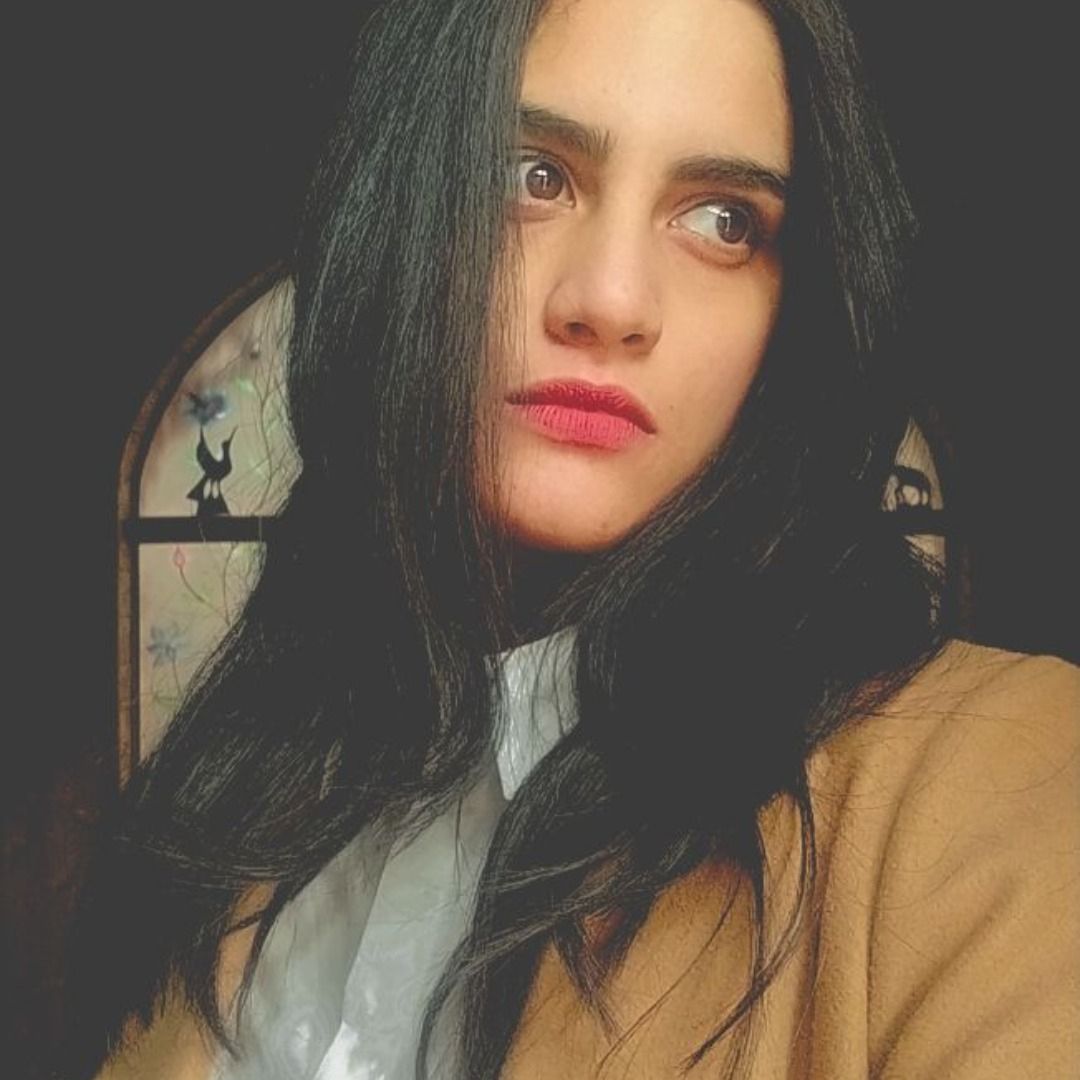 Bisma Fida strongly believes pop culture shapes human lives. She is particularly concerned about the media portrayals of gender, class, race, and sexuality on television, their intersectionality, and ultimately how audiences perceive each of these things. She has covered a mixture of sitcoms, anime, dramas, and movies at ScreenRant and Comic Book Resources since October 2019. Bisma is a Political Science and Communications major. Much of her formal research interests are centered around areas of gender, communication, and development with a specific focus on ICT4D, C4D, and Gender and Media. She likes to spend her spare time devouring Chomsky, Edward Said, Guy Debord, Louis Althusser, Maxwell E. McCombs, Donald Lewis Shaw, Judith Butler, and Simone de Beauvoir. In that light, she strongly suggests you pick up Said's Orientalism or Beauvoir's Second Sex. Neither are recreational, but they will deconstruct your social reality. You may find her at: srcbrtt@gmail.com