Star Wars fans finally got to see Ewan McGregor return to the role of Obi-Wan Kenobi with the character's self-titled miniseries that was released on Disney+. The wise yet skilled warrior of the Jedi Order is one of the biggest fan-favorite characters of the entire franchise.

With so many canon appearances in the original trilogy, the prequels, The Clone Wars, and even various video games, Obi-Wan remains a staple. Obi-Wan Kenobi will even give him a new look that will fit right in with the many costumes the Jedi has worn over the decades.

Updated on July 11th, 2022 by Melody MacReady: Star Wars characters are much like superheroes in a way: they get new stylish outfits with each new appearance. From Star Wars: A New Hope to The Clone Wars, to even Revenge Of The Sith, Lucasfilm has given Obi-Wan a new look to match the new project.

Now that the Obi-Wan Kenobi series has been released with Ewan McGregor making a grand return to this beloved Jedi Master, the character has sported three new looks across six episodes. So this raises the question: where do they rank in the already long line of outfits and costumes that Obi-Wan has worn?

It would seem the intent with this look is to replicate how his master Qui-Gon Jinn wore his hair in The Phantom Menace. However, it comes at the price of Obi-Wan appearing as if he's trying to bring back the mullet.

RELATED: 10 Best Characters In Star Wars: Attack Of The Clones

The facial hair also sometimes appears too groomed and pristine, especially after he's spent hours fighting in the rain and in the desert. The rest of the costume is good, keeping that classic Jedi robe and tunic aesthetic.

It's strange to see Obi-Wan Kenobi so young and clean-shaven, but that is the point of The Phantom Menace. He's not meant to be the exact same Obi-Wan fans knew in the original trilogy just yet. He's a young and arrogant apprentice who only knows the ways of the council.

In a way, his outfit and style reflect his persona at the time with the flat-top hairstyle that is seen on nearly all young apprentices. He almost never takes off his robe, similar to other Jedi, except for in battle, which changes after Qui-Gon's death. After his Master's death, Obi-Wan started becoming more like him in terms of morality, actions, and style.

This look comes from the often forgotten Star Wars: Clone Wars animated series from 2003. Obi-Wan is decorated from neck to toe in heavy Clone armor with a cape, giving him the appearance of a medieval knight.

It's a very heroic vibe for Obi-Wan, but cool as it looks, it does lack Jedi elements as a result of highlighting the armor so much. If someone were to look at this version of Obi-Wan without a lightsaber, they'd confuse him for a World of Warcraft character.

It's a worn garb with a hood that gives him the appearance of a lowly hermit on the unforgettable planet of Tatooine. It allows him to blend in and hide as a worker while still giving Obi-Wan a distinguished look.

This costume was worn only in the first episode of Obi-Wan Kenobi before he upgrades to a more classic Jedi look. This worker garb also helps in showing that Obi-Wan has fallen from grace as the Jedi he used to be but the few Jedi elements it possesses also hint that the old Obi-Wan is still there, just hidden.

Similar to the 2003 version, this first design from the 2008 Star Wars: The Clone Wars series keeps the idea of Obi-Wan wearing Clone armor — especially since he is good friends with many of the best Star Wars clones such as Captain Rex and Commander Cody. However, it retains more Jedi elements with the tunic visible below the armor.

The armor itself is decorated with aspects such as the Jedi Order symbol painted on one of the shoulder pads. This look also starts to show Obi-Wan's gradual evolution with him now sporting a shorter hairstyle akin to his Revenge of the Sith design.

As the Clone Wars went on, both Obi-Wan and Anakin would start embracing their Jedi garb instead of the Clone armor. The third look Obi-Wan wore was a solid middle ground between his Jedi and Clone War garb.

RELATED: Obi-Wan's 10 Best Duels That Prove He Is The Best Jedi In Star Wars

The majority of his costume consists of the robe and the tunic, giving Obi-Wan that classic look everyone recognizes. Where it differs is with his gauntlets, which are still from his Clone armor. Though it may be a small touch, it goes a long way in giving Kenobi a battle-ready look fitting for The Clone Wars.

With his faith in the Jedi and himself restored, Obi-Wan returns to Tatooine and sports a brand new look. This time he's wearing a white tunic with the same sleeveless robe as his gray outfit. This is meant to show Obi-Wan's evolution into Old Ben Kenobi, wearing the same kind of tunic that Alec Guinness wore.

The brighter color also shows his character arc coming full circle. He now has a brighter disposition on life and his new outfit reflects that. He's a proud Jedi again but he's still the hermit hiding in the desert, only now he's a protector of Luke and anyone who might need him again in a second season.

This is Obi-Wan's other outfit after he accepts his mission to save Princess Leia Organa and become a Jedi again. It is a very classic Obi-Wan look; he has the robe and the tunic that fans think of when it comes to a Jedi's garb.

The costume is complemented by the hairstyle that Ewan McGregor sports in this series. He has the long hair from Attack of the Clones with the scruffier beard akin to his Revenge of the Sith appearance. It is the best of his past looks combined which makes it a perfect outfit for the series to celebrate 20 years of Ewan McGregor's tenure.

Part of what made Alec Guinness's Obi-Wan Kenobi (or Ben Kenobi) so effective was his way of making his opponents and the audience underestimate him. With the silver hair, beard, and old robe, many would expect old Ben to be a weak old man.

That was far from the case as he was able to still fight even at an elderly age. Obi-Wan could even take down Sith such as his rival Darth Maul and still fight Darth Vader. Old Ben's robe and tunic solidified the standard look of a Jedi seen throughout the films and shows.

In the last half of the Obi-Wan Kenobi series, Obi-Wan traded his more traditional beige and brown robes for something more fitting for the Age Of Rebellion. It's a gray and slightly tattered outfit that matches the grittier era after the Empire plunged the galaxy into ruin.

The brighter gray also gives a good contrast to the all-black design of Darth Vader when they fight. As a bonus, Obi-Wan is one of the few Jedi alongside Ahsoka and Ezra who fit the description of the non-canon Gray Jedi; warriors that fight with their emotions and passions but for the greater good.

As much as Guinness deserves credit for originating the character and playing him well across the entire original trilogy, McGregor is the one to perfect Obi-Wan. In Revenge of the Sith, Obi-Wan's shorter hair, robe, tunic, and more rugged facial hair led to what has become the character's definitive design.

Not only is it the first look that fans think of when it comes to Obi-Wan Kenobi but it's the default look the franchise uses, from promotional artwork to video games.

NEXT: 8 Ways Obi-Wan Steals Revenge Of The Sith 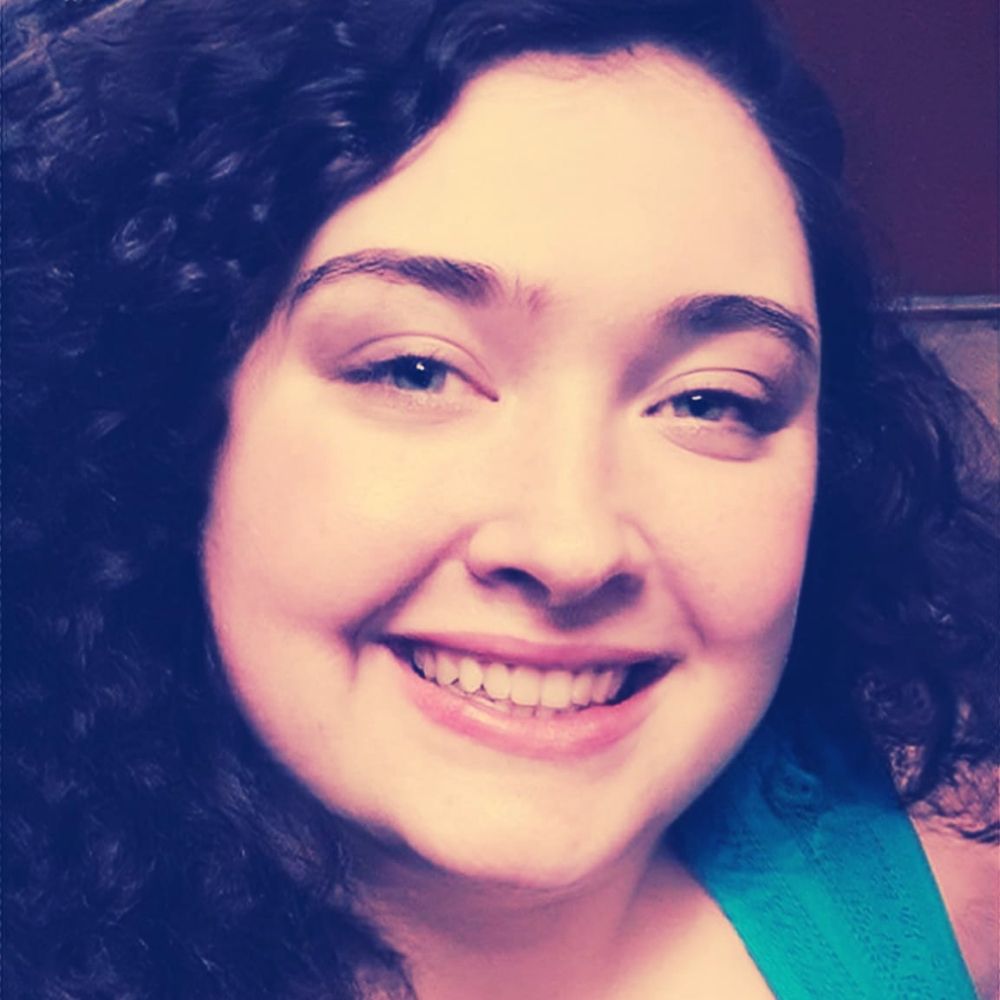 Melody MacReady is a writer and transwoman (she/her), passionate about all things pop culture-related. From movies to shows to games to comic books, there is not much that she does not enjoy or appreciate. Melody is also an aspiring film writer and director as well as a voice actor as a hobby. This spark for content creation came from her childhood, growing up with media of all kinds which inspired her to write short stories, write comics, and begin writing about them on the internet. Melody's biggest inspiration came from first seeing Zack Snyder's Watchmen in 2009; the film combined with her knowledge of how scenes were done via behind-the-scenes featurettes prior to the film's release made her fall in love with filmmaking. Not only does she write for ScreenRant, The Gamer, Comic Book Resources, and GameRant but she runs her own personal blog, discussing many things pop culture-related.