Why Lost Season 4 Could (& Should) Have Ended The Show

Lost ended with season 6, but it actually had the perfect opportunity to conclude much earlier and much more effectively with just a few minor tweaks. The season 6 and series finale, "The End" is infamous among audiences for being either confusing, disappointing, or both. However, the island-based adventures of John Locke, Sun-Hwa Kwon, James "Sawyer" Ford, and the rest of Oceanic flight 815 survivors could have easily come to a much more satisfying end that was more in line with series creators JJ Abrams and Damon Lindelof's original vision.

Lost season 4 concludes with the survivors being rescued from the island after dealing with a freighter full of mercenaries sent to kill Ben Linus and anyone who gets in their way by Charles Widmore. Though leaving the mysterious island would seemingly signal the end of the series, season 3 had already ended on a cliffhanger that famously saw Jack Shepherd (Matthew Fox) shout "we have to go back!" at Kate Austen (Evangeline Lily). As such, the "Oceanic Six", Jack, Kate, Hugo "Hurley" Reyes, Sayid Jarrah, Sun (minus the child Aaron Littleton) all return to the island in season 5 to engage in time travel antics, with all but Kate and Hurley eventually dying in their mission to stop the evil "Man in Black". The villain, otherwise known as the smoke monster, possesses the body of the deceased John Locke at the end of season 6 after a centuries long conflict with his brother Jacob, revealing that the island is the magical home of the two warring demigods. The series ends with the main characters reuniting in the "flash sideways": the afterlife they mutually created to stay together after bonding on the island.

If Damon Lindelof and secondary show-runner Carlton Cuse had stopped Lost at season 4, it may have gone down as one of the greatest TV series of all time. The series was critically acclaimed up until this point, and leaving the island seemed like a logical end point, as the characters had spent the past four seasons trying to do just that. With a few minor tweaks, season 4 could have wrapped up all the main characters' arcs, such as the love triangle between Jack, Kate, and Sawyer, and John Locke's mission to find a higher purpose.

Lost Was Supposed To End With Season 3

Lindelof has actually confirmed (via Collider) that he and Cuse wanted to end the series with season 3. When they were plotting the course of how to explain the island's many mysteries, such as the hatch, the smoke monster, and Ben Linus' group, the Others, ABC reportedly pushed the pair towards extending the series indefinitely. When ABC executives did agree to discuss an end point, they initially pitched 10 seasons, to which Lindelof argued back saying four would be better. In another timeline where he argued successfully, LOST could have ended with season 4, but ABC and Lindelof eventually settled on six seasons. Cuse and Lindelof claim to have the Oceanic 6 plot point lined up, but noticed the lack of quality flashbacks in seasons 2 and 3, leading them to want to wrap the series up. That they were pushed for six seasons is likely a major reason why LOST seasons 5 and 6 remain so divisive: they were never intended by the creators. 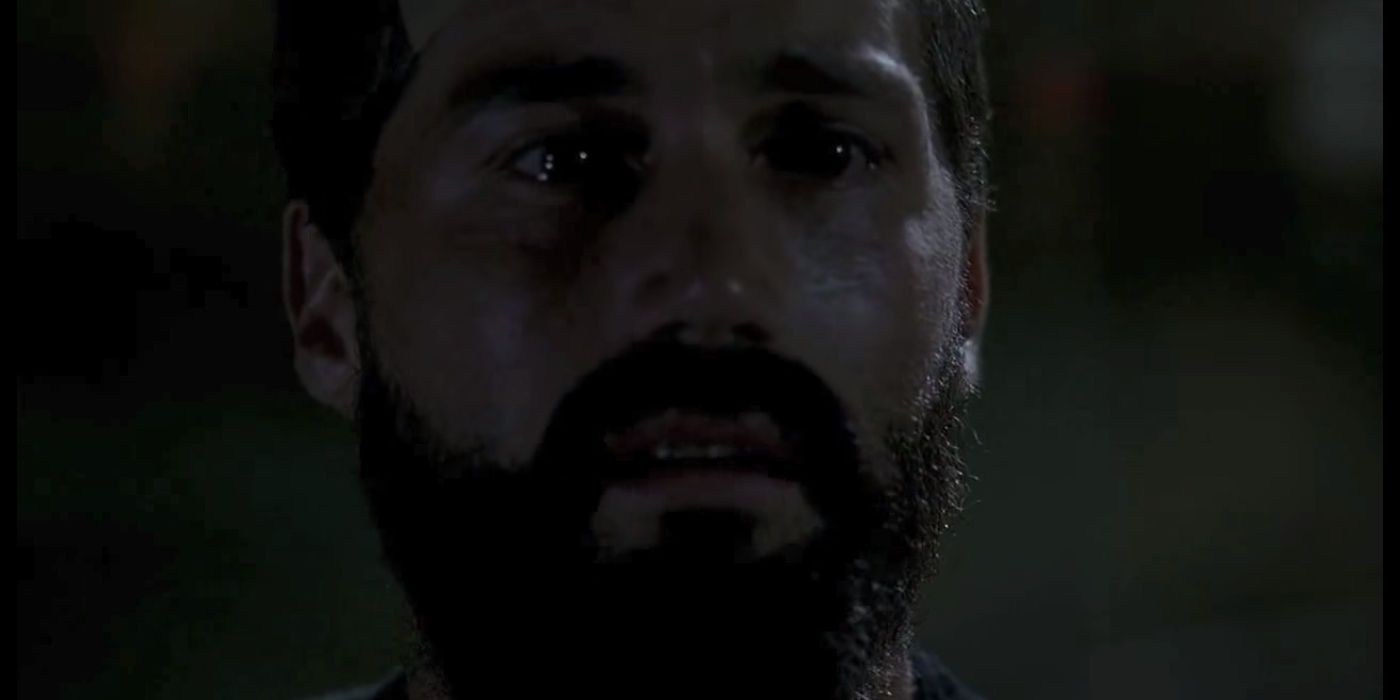 One of the most iconic moments in Lost history is the ending of season 3. The finale ends on a high note, as Jack defies John Locke's attempt to keep them on the island by attempting to destroy the radio transmitter. Though Locke succeeds in killing the freighter's Naomi Dorrit by throwing his hunting knife into her back, rescue seems on the horizon. However, the final scene of this season and its most iconic moment, Jack's "we have to go back" speech to Kate, would need to be cut for Lost season 4 to make sense. However, this would be a very small change, as the series' first flash forward was the only hint that the survivors of Oceanic 815 would return to the island. Additionally, season 4's flash forwards would also have to be altered to give each character, from Hurley to Sayid, a more conclusive ending rather than setting up their off-island storylines in season 5. 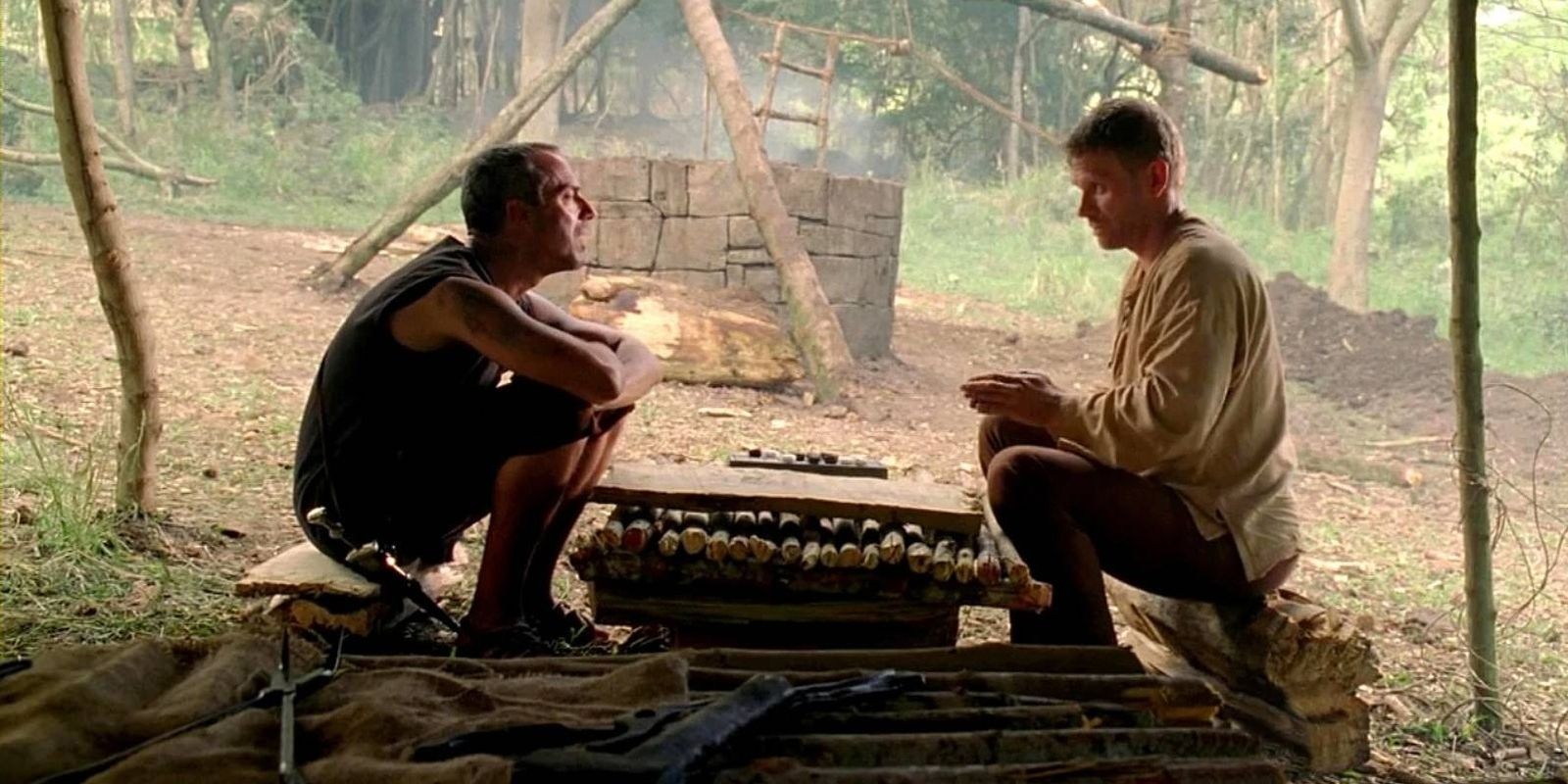 The original script treatment for Lost developed by Damon Lindelof and JJ Abrams envisioned the series as a "science fact" show, not unlike the science seen in Jurassic Park. This meant that while many of the events would be seemingly implausible or supernatural, such as the smoke monster and presence of a polar bear and enormous Egyptian statue on a tropical island, they could all be explained by theories rooted in science. While this theme was mostly intact throughout seasons 1-4, seasons 5 and 6 introduced time travel and Jacob, Mother, and the Man in Black. These three characters are unexplainably near-immortal, omnipotent beings that completely clash with the science fact style of seasons 1-4. Where the hatch is simply explained as a science experiment, with Desmond Hume being experimented on by the Dharma Initiative, seasons 5 and 6 threw science out the window and turned Lost into a different show about a magical island. The first few seasons were far more gripping because everything could be somewhat logically explained, a notion that was killed with the introduction of time travel and the supernatural Man in Black possessing John Locke in Lost season 5.

Related: Lost: How Eloise Knew So Much About The Island 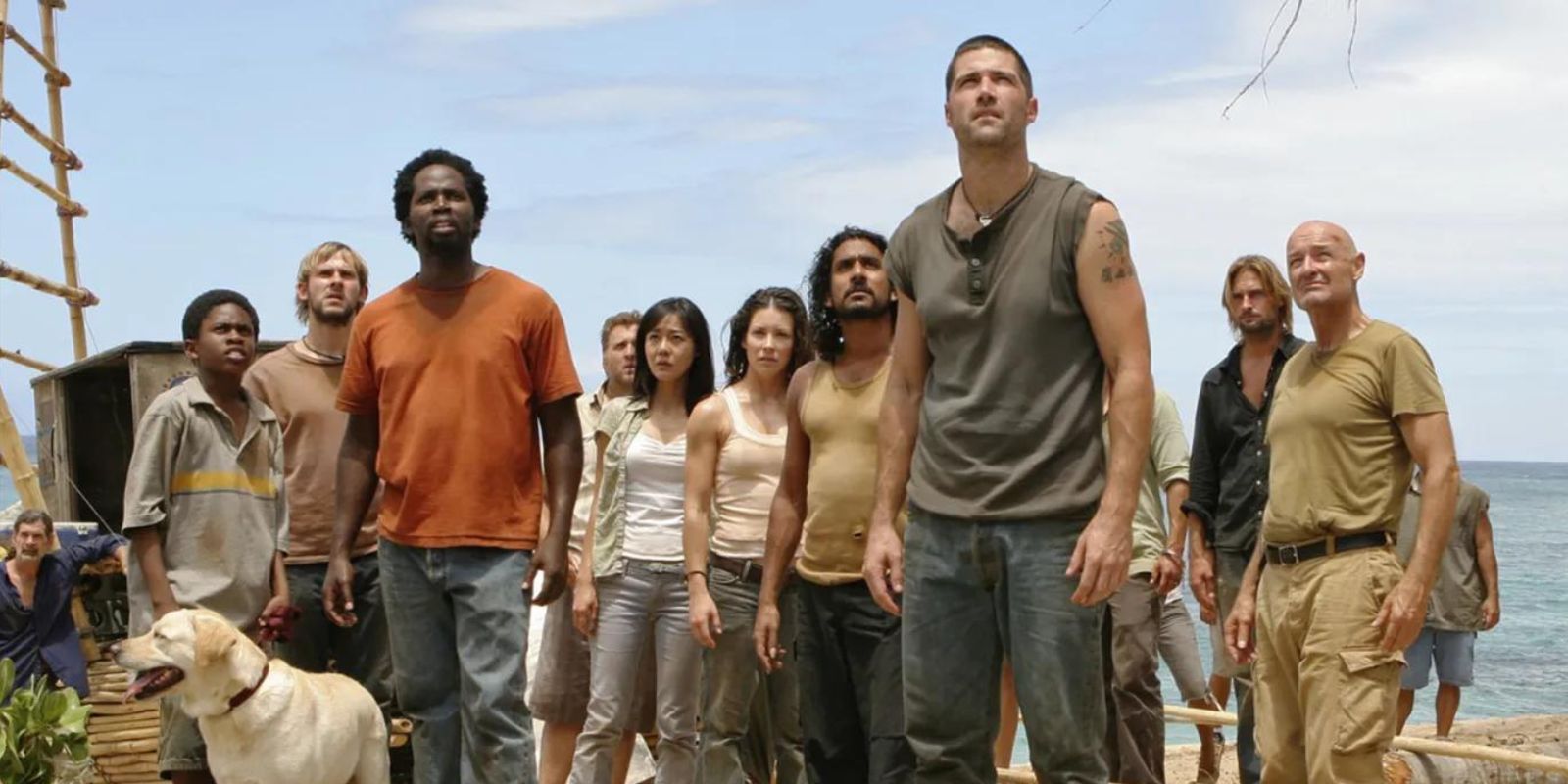 The vast majority of the Oceanic 815 survivors (and the wider cast such as Desmond Hume) end season 4 with happy, or at least satisfying, endings. Jack and Kate escape the island, and with a few minor re-writes, their romantic embrace at the end of season 6 would have worked here. Equally, Desmond and Penny Widmore are reunited following the events of what is generally considered the greatest episode of Lost ever, season 4's "The Constant". Sayid is reunited with Nadia after leaving the island, Rose and Bernard remain to live out peacefully as her cancer is cured by the island's healing properties, and Locke finds his purpose in leading the Others. Michael Dawson is even given a redemption arc after betraying the group and killing Libby and Ana-Lucia in season 2 by sacrificing himself to help the Oceanic Six escape. While Sun's ending would not be happy, her husband Jin's death on the freighter would be a permanent, bittersweet end to their love story. The only downside of ending the series with season 4 would be that Josh Holloway's Sawyer and former Other Juliet Burke would never get together: one of season 5's truly great storylines and a fitting conclusion to both their stories.

Lost Would Be Remembered Fondly Without Seasons 5 & 6

While Lost is still remembered fondly by some, many consider its final season (and to a lesser extent, season 5) to sour the rest of the series. Ending the story with season 4 would alleviate many of these concerns and see the show go down as one of the best serialized drama TV series of all time. While season 4 provides no answers to many of the island's major mysteries, such as the hatch, the smoke monster, Jacob, or the statue, this would be inconsequential when the core element of the show, its science fact model, is left intact. Additionally, while mysteries are key to Lindelof's Lost, the series is ultimately successful because its characters are so compelling. Leaving Lost at season 4 would give each of the Oceanic 815 survivors fitting endings without artificially finding reasons for them to return to the island.